Alongside all other MCD events, ShowInc provide a complete event service to the annual Tennent’s Vital festival each year. Having previously been hosted in Ward Park, Bangor it has moved to Boucher Playing fields, Belfast in recent years.

With a 50,000 capacity site and sold out shows its a fantastic event to be involved with. Headline acts have included, Avicci, Snow Patrol, The Stone Roses, Foo Fighters & Eminem.

Well Vital is over for another year, many thanks to all involved for all your dedication and hard work to make it such a great event. We are all looking forward to next year already!

Thanks again to you and your excellent team for a superb show.
What a way to celebrate David’s UK #1 single with 30k Irish party kids!!

“Approximately 50,000 fans attended the concerts over the two nights, Thursday 21 August and Sunday 24 August. I believe that it has been a very successful festival and I am pleased that the city of Belfast has hosted yet another large event so well. This is no coincidence, I believe that it is down to the hard work of the organiser, all agencies involved, and the attitude of the music fans themselves.” 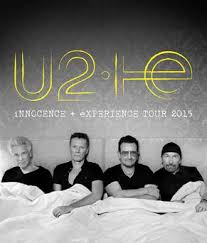